We are now open for all eye care services with a limited schedule and appropriate precautions in place to protect our patients and staff.
Call to make your appointment today! 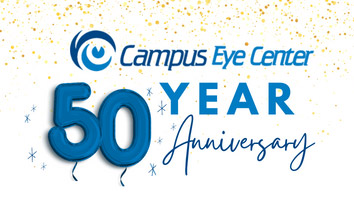 Becoming a doctor was a natural fit for Dr. Givens who grew up in a medical household. His father was a surgeon and his mother was a nurse so he learned early on that the practice of medicine was not only endlessly fascinating, but also gratifying to improve the lives of others.

Dr. Givens has provided full-service ophthalmologic care in Lancaster County for nearly 25 years. He has removed thousands of cataracts and performed state of the art laser vision correction and LASIK since these procedures were FDA approved. He also has a special interest in glaucoma and completed a research fellowship in glaucoma at the Jules Stein Eye Institute at UCLA. Dr. Givens has also published various original research papers and monographs on the subject of glaucoma in peer-reviewed ophthalmology journals in addition to presenting his work at national conferences.

Dr. Givens believes too many ophthalmology practices are focused on maximizing the number of patients they see per day. That has never been his goal and as a result he has inherited many patients who have left such practices. Instead, Dr. Givens treats every patient using the golden rule - treating each patient the way he would want to be treated. This means that he spends as much time with his patients as the situation requires, listening to their concerns and thoroughly answering their questions. He says that doing this right takes time and admits that he sometimes gets behind on appointments because some patients require extra time.

In his spare time, Dr. Givens engages in nature photography. He has published many of his close-up images in magazines and other outlets including the Audubon Society and Sierra Club calendars, and National Geographic books. For many years under the sponsorship of Kodak and the Minolta Corporation, he lectured at the Philadelphia Flower Show on the subject of close up photography. 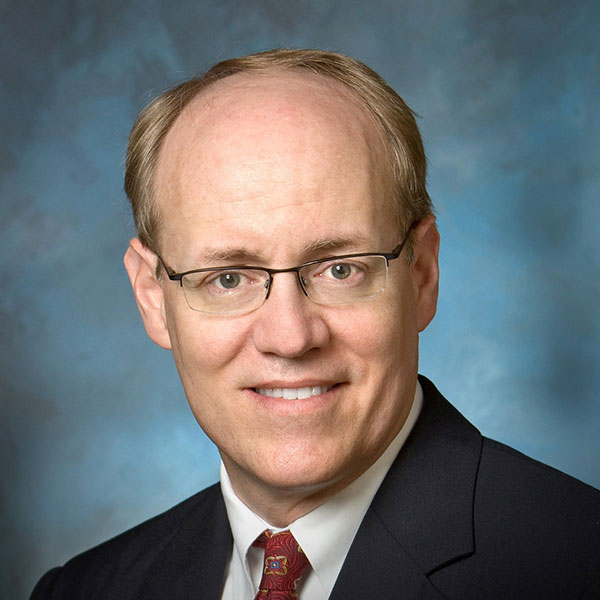 Dr. Givens, graduated from Bucknell University in Lewisburg, PA, also received his Masters of Science degree from the same institution. He earned his medical degree from Duke University Medical School in Durham, NC. Dr. Givens completed his general medical internship at LGH and then did his ophthalmology residency at Geisinger Medical Center in Danville PA. Dr. Givens was selected as one of US News Media Group's Top Doctors in America.

Dr. Klombers decided to become an ophthalmologist because he experienced visual problems early in his life. He recalls the huge impact his ophthalmologist made in his life by providing the appropriate spectacles. He says that without early intervention, his life would have been quite different.

As a combined pediatric ophthalmologist, neuro-ophthalmologist, and adult strabismus specialist, Dr. Klombers sees an incredibly wide range of diseases which affect the visual system at all ages. In particular, his experience with eye movement disorders allows him to provide the highest level of care, often beyond what is available at academic institutions. He has performed over 15,000 strabismus surgeries to date, with the vast majority of procedures done on adult patients. It is not uncommon for patients to travel between 3 and 8 hours to seek his services. 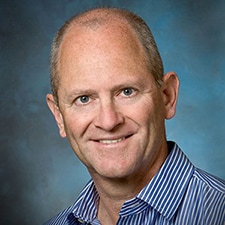 Dr. Klombers, a graduate of Amherst College in Massachusetts, earned his medical degree from University of Pittsburgh School of Medicine. He completed his internship at Montefiore Hospital and a residency at Duke University Eye Center. Dr. Klombers is specially trained in the areas of Pediatric Ophthalmology, Neuro-Ophthalmology, and Adult Strabismus. Selected as US News Media Group's Top Doctor.

Dr. Williams chose to pursue a career in medicine a bit later in life than some doctors. He initially worked in non-profit settings, but decided medicine was the best fit for him because of its scientific perspective. He also likes working with patients to help them solve problems that impact their daily life.

His clinical training is grounded in comprehensive ophthalmology with an understanding of broad diagnostic capabilities. He also understands the limits of his own training and does not hesitate to refer a patient to someone with greater expertise when necessary. His practice is focused on cataract surgery and management of both routine and more challenging cataract cases.

Outside of work, Dr. William's strongest emphasis is being with his family. He and his wife always try to take time together away from their busy work lives to spend time with their two daughters. The family enjoys traveling, being outside, hiking, running, playing soccer and just being active. 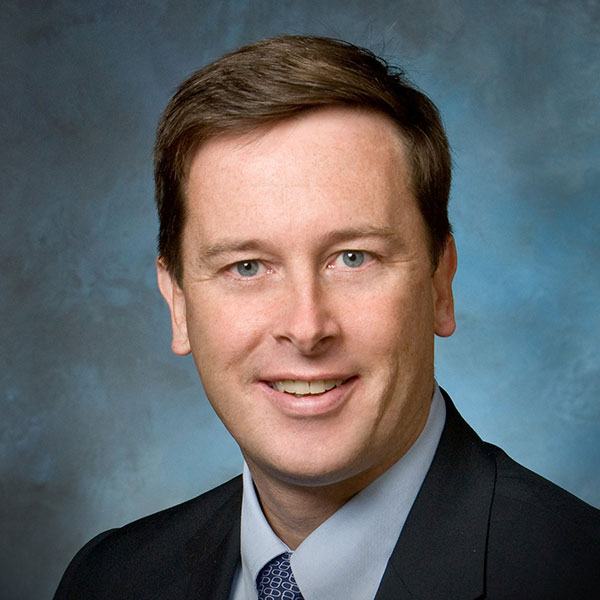 Dr. Williams, graduated from Haverford College, earned his medical degree from Jefferson Medical College. He successfully completed his internship at St. Joseph Mercy Hospital, Ann Arbor, Michigan and completed his residency in Ophthalmology at the University of Florida. Dr. Williams has special interest in cataract surgery and multifocal and astigmatism-correcting lenses.

Dr. Kott always felt she wanted to work in the medical field. She became interested in optometry in particular after she attended speeches from different medical and professional schools while in college. The Pennsylvania College of Optometry brought in handheld equipment and let the students look into each other's eyes. This first sparked her interest in the field of optometry. Later, she got a job working at a local optometrist's office and decided the field was the perfect fit.

One thing that Dr. Kott does differently from other practitioners is that she takes each patient's history and performs their preliminary testing herself, rather than delegating it to a technician. She feels this helps her better understand her patients' expectations for their visit and evaluate and treat them more appropriately. She works to treat each patient the same way she would treat a member of her own family. 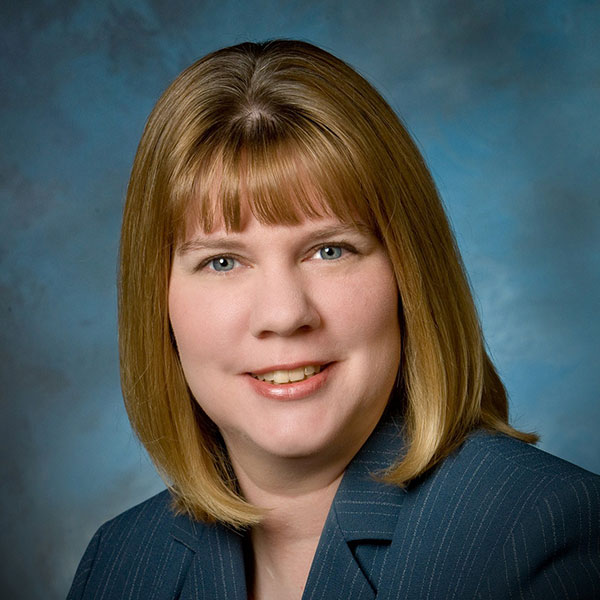 Dr. Kott is a graduate of Rowan University, Glassboro, NJ; she earned her Doctor of Optometry degree from Pennsylvania College of Optometry. Prior to joining Campus Eye Center she was associated with an optical practice in York County.

Dr. Womer first thought about becoming a doctor after she wrote a report about the human eye in her high school biology class. She found the subject so intriguing that she decided she wanted to help others maintain their eye health.

Dr. Womer has worked for Campus Eye Center since graduating from the Pennsylvania College of Optometry in 1999. She takes a professional, yet compassionate approach to her patients, dedicating the necessary time to address all of their concerns. She says that many of her patients express concern about giving the "right" answers during refraction testing. Patients appreciate her reassurance throughout the process and the time she takes to help them.

Dr. Womer spends her time away from work raising her young son and spending time with family. 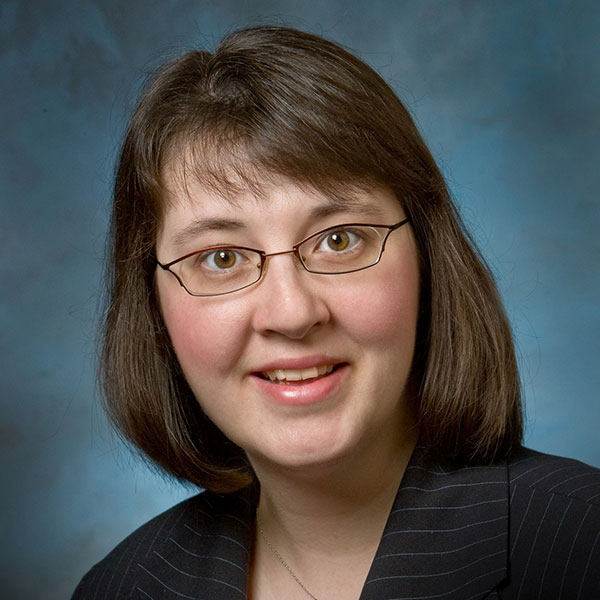 Dr. Womer, a graduate of Beaver College, Glenside, PA, earned her Doctor of Optometry degree from Pennsylvania College of Optometry in Philadelphia. She joined our practice in August of 1999.